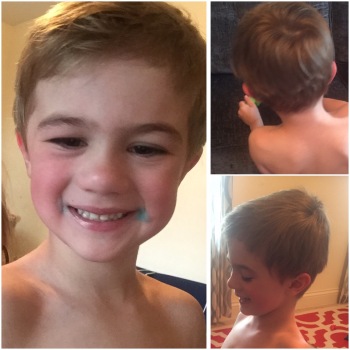 There are a few things in our house that I have learned it is best to avoid during the hours that my children are awake. Sitting. I am not allowed to sit. If I do sit I become a magnet for naughtiness. “Quick, mom is sitting, let us pounce on her.” Attempting to have an adult conversation. Pointless. And by pointless I mean….IMPOSSIBLE. Using my phone. Because when you are a mom you do not get to have your phone. Because your children do not view your phone as your phone. It is a game; their game. And they will take it and do what they want with it. And, if I am being honest I think even my two-year-old is more knowledgeable on the functionality of Apple devices than I am. Fact. Yup, these are things we avoid. Why? Because it is just easier to avoid them than to deal with the consequences. So instead of sitting; we stand. We find ways to exist in the room with our children without being pounced on. And instead of having logical and thought provoking adult conversations; we argue with toddlers about things like juice and pillow forts. And instead of openly checking my phone for a voice mail (just kidding, I mean text message. No one leaves voice mails anymore); I hide my phone behind random things on top of shelves. And this generally leads to me losing my phone about 5-7 times a day. We do these things because we have become experts at the art of choosing our battles.

Unfortunately, there are some parts of our routine that we cannot avoid; even the ones that are really really unpleasant. And, I am sure that my fellow autism parents out there can relate to this one…haircuts. There is nothing more terrible in our house than haircuts. Grayson, like many children with autism, hates to get his haircut. It is difficult for us to pin point exactly what he hates the most. He hates the sound of the scissors and buzzer. He hates the sensation of hair on his neck as it falls. He hates the feeling of the brush or scissors or buzzer on his head. He hates sitting still while being touched.

Grayson did not always hate getting a haircut. When he was little he sat still(ish) and giggled during his haircuts. Around 15 months he was ready to graduate from simple trims at home to a full-blown hair cut at a salon. Unfortunately, around that same time we started to see a lot of Grayson’s symptoms. We took him to a salon for the haircut and it did not go well. He became very upset and restless. Eventually we left the salon and decided to try again another time. After 2 more unsuccessful visits we decided to stick to home haircuts for a while. During the next home haircut we were met with the same reaction. Eventually James and I were able to work together to keep Grayson safe from nicks and cuts while I not-so-masterfully cut his hair. It was a total chop job. But it was shorter and out of his face. And more importantly, it was over and would buy us a few months. It has continued like this over the past 2+ years. Some of the occasions are worse than others. Occasionally people will ask why we bother to cut his hair if he dislikes it so much. I think the simple answer is that he needs to learn about hygiene and routines and taking care of himself. And he needs to learn to be adaptable. We definitely let it grow longer than I would like it to be just to stretch out the time in between haircuts. We let it grow until it is in his face so much that it bothers him. And, at the end of the day, Grayson needs to learn that sometimes we have to do things we do not want to do. That is a part of life.

Last week James and Rowan headed out to get their haircuts. I hung back to spend time with Gray. The whole time they were gone we talked about haircuts. About how all people get haircuts. I told him that when daddy and Rowan returned home they would have shorter hair. I told him how proud I was of daddy and Rowan. When James and Rowan returned home Grayson said “you got your hair cut?” He was interested in talking about it and understanding where they had been. Then the topic shifted to Grayson’s hair. To how proud I am of Grayson and how I knew he would be proud of himself after his haircut. He immediately shot the idea down. Ran to the other room. Eventually he came back into the room. I did what I normally do, I set the materials on the table so that he can see them and soak it in. We always start with the brush. He trusts the brush. He pulls my hand so that he can confirm that I am only holding a brush. And then I slowly reach for the scissors. And this is usually where we lose him. And this time was no different. His body changed as soon as I was holding the scissors. Except this time there was something different. This time he was calm enough to listen to our logic. We explained to him that we could take breaks and that if he held still mommy could go faster. It was not a perfect textbook haircut. But it went a million times better than any previous haircuts. We took 3 breaks; each time counting down from 10 cuts to zero before breaking. And when it was done he was proud of himself. He wanted to look in the mirror. And he was very excited to earn his big sucker prize.

This experience, and many experiences lately, act as a reminder for us that sometimes we may be too close to things to see how much they are changing. We see Grayson every day. And a lot of the days are filled with challenging moments. When we see people we have not seen for a while we are always so appreciative of the positive feedback. Because at times we struggle to see the forward movement. Not because our expectations are too high, but because we are so wrapped up in the day-to-day. We are so close to it that sometimes it all looks the same to us. But when we take a step back and truly soak it in; the changes in our amazing spirited son are just too amazing to put to words.

We crossed our one year anniversary with the Mercy Options program on June 8th. What an amazing milestone! I can hardly even remember where we were a year ago because so much has changed. Back then Grayson was primarily communicating in loud shrill screams. He could not sit for more than 60 seconds at a time to do an activity. He was unable to communicate with his family and his peers. It was a very lonely time; for Grayson and for our family. This past year has been a huge commitment and we made a lot of sacrifices to make this commitment. But when we take a step back and look at how far we have come in a year; we know that every single sacrifice was completely worth it. It is not perfect. There are still days that bring us to tears. There are still moments that make us question all of our decisions. But today is better than yesterday. And tomorrow will be better than today. And sure, some of the days will feel like setbacks. But if we have learned anything over the past 18 months it is this….parenthood is a marathon and not a sprint.

One thought on “The not-so-graceful art of the haircut…”